Russ Fulcher is a Republican candidate for Idaho’s 1st Congressional District. As a fourth-generation Idahoan, Russ believes in the industriousness and ingenuity of Idahoans. He wants our state to be a great place for families and businesses. However, Russ is deeply concerned about the direction of our state and our nation. The overreach of government — both from Washington, D.C. and from Boise — is threatening our future. 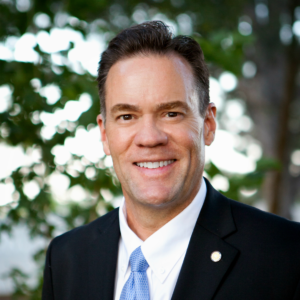 Policies in the areas of healthcare, education, and the environment are stripping freedoms from Idahoans and placing them in the hands of government bureaucrats. As an Idaho State Senator for 10 years, Russ experienced this firsthand. In 2013, Governor Otter and the Idaho Legislature voluntarily embraced Obamacare. As a result, Idaho became the administrator for a federal healthcare law that Idahoans do not want and cannot afford.

Idahoans deserve better. That’s why Russ continues to defend conservative values in the political spectrum. The key to our prosperity is restoring the principles that have made us great. He has fought tirelessly to limit government influence in our lives, ease the tax burden, and restore our God-given liberties. Russ believes in Idaho.

Now more than ever, our state needs leaders like Russ Fulcher. He has the experience, fortitude, and vision to resist federal control, put Idaho on the right track and help our economy grow. He’s not a career politician. Instead, he is a citizen statesman with the ideas and the expertise to curb the overreach of government, foster genuine economic growth, honor our heritage, empower our families, and strengthen our communities.

A lifelong Idahoan, Russ grew up on a dairy farm in Meridian. He graduated from Meridian High School and earned Bachelor’s and Master’s degrees in business from Boise State University. He also earned a certificate in electrical engineering theory taught at Micron Technology.

Russ was employed by Micron technology for 15 years, starting as a production line worker on the night shift and working his way up to Director of Sales and Marketing for Micron’s Contract Manufacturing Division. He worked nine years with Preco Electronics, another Boise-based tech company, as Vice President of Sales and Marketing. In his years at Micron and Preco, Russ conducted business in all 50 states. He worked as an international business executive promoting Idaho’s economy in 60 countries, while working on site in 36 of them.

In his adult life, Russ has never stopped learning. He served for 10 years as an Idaho State Senator while also working as a commercial realtor. He completed the Legislative Leadership Course in 2007 and earned a certificate of completion in Energy Policy Planning from the University of Idaho in 2012.

While representing the Treasure Valley in the Idaho State Senate for nearly a decade, Russ was an unwavering advocate for conservative principles, responsible governance, and ethical leadership. He understands that “business as usual” is not good enough for Idaho. He has developed innovative solutions to the challenges our state is facing.

In the legislature, Russ led the charge with reforms that truly support Idaho’s families and job creators. His signature legislation, the grocery tax credit, returns more than $100 million to Idaho taxpayers every year. This allows Idahoans to keep more of our hard-earned dollars to spend, save, and invest. Russ also served on the Senate State Affairs and Education Committees. His colleagues elected him to be the Senate Republican Caucus Leader for 6 of the 10 years that he served.

Paid for by Russ Fulcher for Idaho. Julie Johnson Treasurer.